The former follow in the footsteps of last year’s Sony WF-1000XM3 true wireless earbuds and look pretty impressive, but it’s the latter that are the most interesting, as they’ll offer adaptive noise cancellation at lower price than the lauded Sony WH-1000XM3.

According to Sony, that new noise cancelling tech is called “Artificial Intelligence Noise Cancellation” (AINC) and it constantly analyses environmental ambient sound components, and automatically selects the most effective noise cancelling mode for your surroundings.

It does this, Sony says, with dual microphones feeding forwards and backwards that allow them to catch more ambient sounds than the competition.

In the past you’ve been able to set the noise cancelling levels through Sony’s Headphone mobile app – so it’s not like this is never-seen-before technology – but the WH-CH710N will be one of the first headphones to use its microphones to automatically adapt on the fly without re-calibration or in-app tweaking.

So where do the WH-CH710N stand in the Sony headphone lineup? Well, it’s technically a successor to the 2018 Sony WH-CH700N, which in turn was a lower-cost alternative to the Sony WH-1000XM2.

If they’re anything like the original WH-CH700N they won’t sound as good as Sony’s flagship over-ear headphones and their noise cancellation won’t be as powerful – i.e. you can expect to hear some outside noise with the WH-CH710N. They’ll also feel slightly flimsier and likely have an all-plastic build.

Still, they’ll be up to $150 cheaper than the Sony WH-1000XM3 and offer most of the same functionality. We'll reserve final judgment until we hear them but, in our opinion, these could definitely be a good alternative for folks looking to save some money on noise-cancelling headphones when they release later this month. 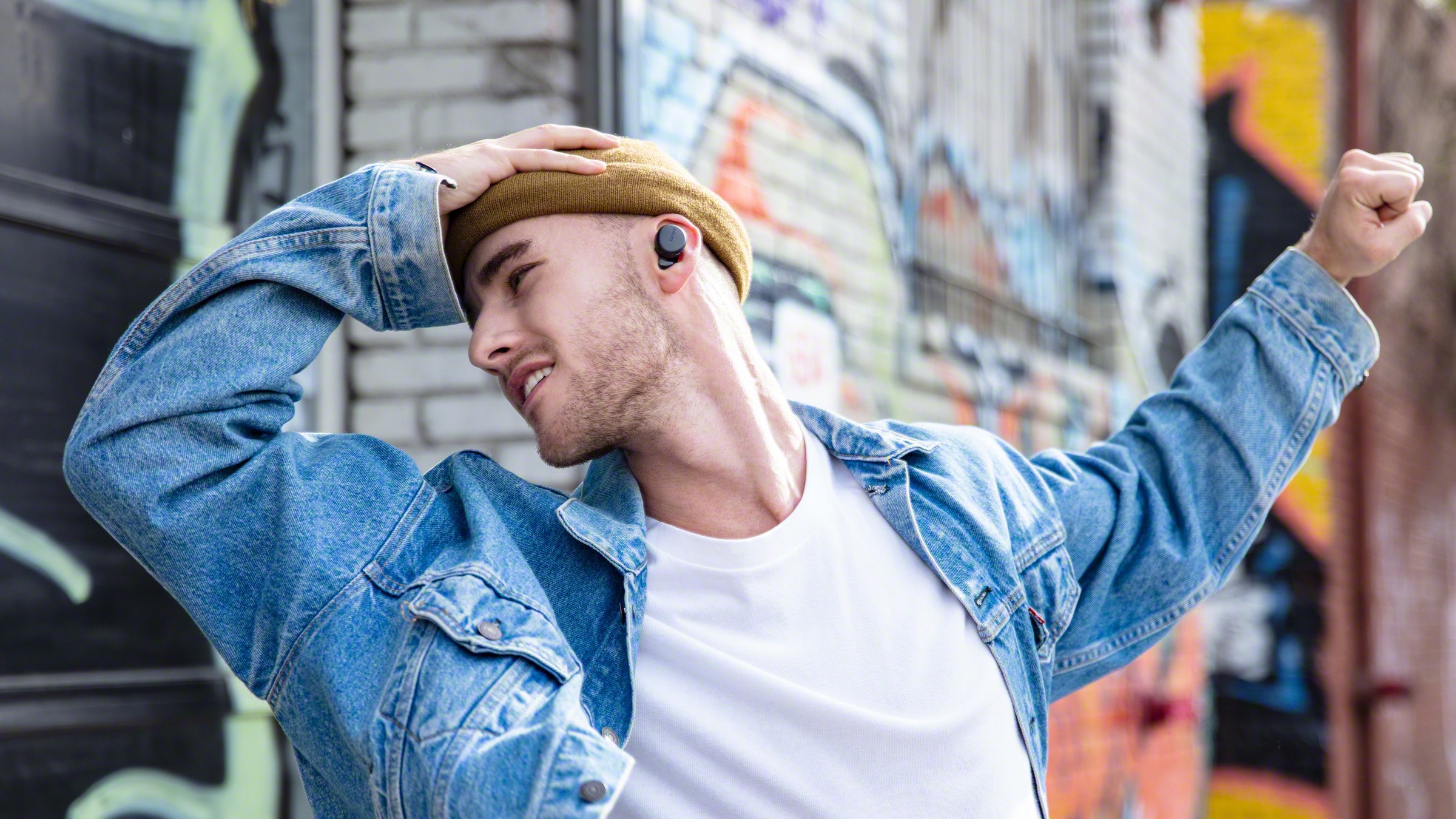 Wait, what about those true wireless models?

The difference here is that these will definitely have a huge focus on bass frequency amplification and will cater to the basshead community out there.

Sony says they'll be IPX4 sweat-resistant, which will make them good for the gym, and last up to 18 hours with the charging case.

The Sony WF-XB700 will be relatively cheap at just $129.99 (around £100, AU$200), but unfortunately these ones won't be noise-cancelling and you'll still need to shell out for the pricier WF-1000XM3 if you're looking to cut down on outside noise.

Both the Sony WF-XB700 and WH-CH710N are available in April 2020 and can be pre-ordered starting today on Sony's website.